When you think of great people throughout history, who comes to mind?

Most people would think of Albert Einstein, Mother Theresa, Charles Darwin, or Nelson Mandela. Those are great choices, but today we are covring one person that we believe beats them all. Do you know Norman Borlaug?

You might not know who Norman Borlaug is, and that is a shame. Mr. Borlaug, using agricultural research, saved a billion lives.

Dr. Borlaug produced a high-yield and disease-resistant strain of Mexican wheat that helped avert a global food crisis in the 1950s and ’60s. His example led to the development of new agricultural research tools, including the plant growth chamber.

What Is A Plant Growth Chamber?

Growth chambers allow researchers to control the environmental conditions when studying plants. Researchers, biologist, and other professionals can control humidity, temperature, light, and other factors.

Growing chambers help plant pathologists fight disease and geneticists develop sturdier food crops. They provide essential data for seed germination that the next Norman Borlaug will use to fight off the future food crises.

How do plant growth chambers achieve this? Let us look at how they benefit agricultural research. 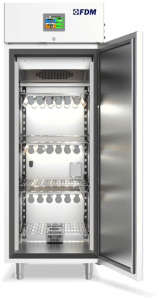 Reproducibility is one of the essential elements of experimental science.

A study’s reproducibility is the ability for other researchers to duplicate experiments. This allows others to either confirm or falsify the original study.

Growth chambers do this by allowing researchers to set certain variables during their test.

Without growth chambers, there could be variation in other factors that are outside of a team’s control. Small factors, such as additional few moments of sunlight a day or air composition can cause dramatic variations in results.

One of the largest concerns for agricultural scientists is the lack of farmable land. Many countries will face shortages in farmland in the near future. This problem, along with a lack of skilled farm labor, climate change, and a booming worldwide population, might lead to an impending food crisis.

In the UK, it is expected that there will be a shortage of farms by 2030. In Africa and other parts of the world, the problem is not a lack of land, but a lack of arable land. Experts believe that the world’s population will grow to 11.2 billion people by the mid-2030s.

Population increase will lead to a shortage of resources, in particular food. This will probably leave us with two options:

Growth chambers allow researchers to develop high-grain products that use less land and produce more food. They also help determine what regions of the world produce the best of a certain crop.

In the future, it is almost guaranteed that food production will take a global approach to meet the needs of humanity. Certain nations will grow food for the sole purpose of exportation while importing others. We have seen the beginning of this approach over the past 50 years, and this trend should continue.

Growth chambers allow researchers in the United States to test crops in climates like Asia and Africa. This research is currently our best hope of staving off a food crisis that could lead to millions, if not billions, of people starving to death. 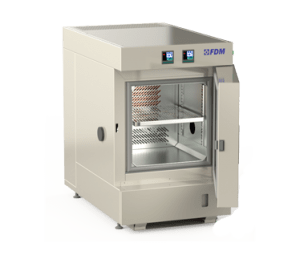 A Growth Chamber Helps You Make And Test Predictions

The hallmark of a good theory is the ability to make predictions about future events. In the case of agricultural science, this occurs by predicting such things as yield and survivability.

In the past, a scientist would develop a new type of grain that they believed could survive a shorter growing season. They would then have to test their crop in the real world. If their grain did not survive, it meant years of wasted work and hungry mouths to feed.

Now, scientists can make predictions and use growth chambers to simulate a shorter growing season. If the prediction does not hold true, they can immediately begin working on a new solution.

This type of dynamic research leads to the creation of new crops. Researchers can adapt to changing climatic patterns and other conditions. Water shortages could have devastated communities in the past. Now, we are able to plan ahead through the use of growth chambers and the variability they afford.

Let Us Help You Innovate The Way Food Grows

We offer a wide range of products that meet the requirements of biologists and researchers around the world. We have designed our products to give you the adaptability and reproducibility you need, to improve your research.

Whether you are in an independent lab, corporate or educational institution requiring a growth chamber, our products are the right choice. We manufacture ICH test chambers with any light source, hence providing a better flexibility.

Do you have to run growth tests?

Contact us to receive more information about FDM Climatic Chambers